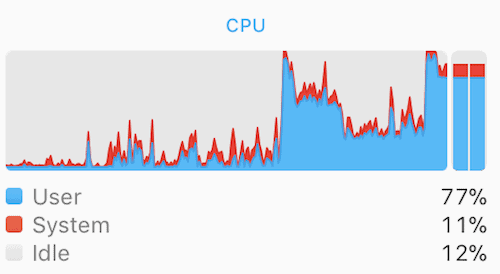 If you’re the sort who likes to keep on top of the apps running on your system, then you’ve probably already encountered those stubborn processes that, despite quitting the application, keep behind-the-scenes core or periphery application processes running in the background, consuming processing power and draining your battery. Or, out of the blue, the Mac slows down because one of these processes start to run, suddenly eating up 100% of the CPU. Ending this process will improve the overall performance of the computer, especially in systems with less RAM.

Then there are things like removable media and mounted disk images, where processes hidden from plain view could well prevent the media from safely ejecting. This is a situation that no doubt everyone has encountered at least a few times…

How to View Processes

There are various ways to view running apps and processes in macOS: looking at the Dock, opening the Force Quit Applications window, using the Terminal, and finally by checking Activity Monitor. Also, certain third party Mac monitoring apps, such as iStat Menus, can allow you to view the processes by clicking on the CPU icon in the menu bar. 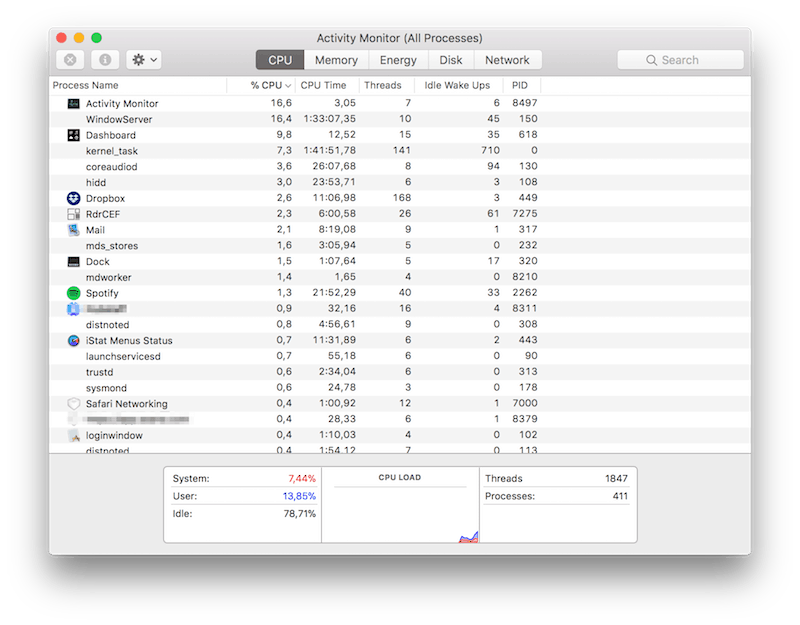 Activity Monitor, the built-in system monitoring utility, is the best way to view all processes currently running on the Mac, and from here manage them based on how they affect the computer's performance. Using the ‘view’ menu allows users to choose which processes are shown in each of the five categories, be that all processes hierarchically, user processes, system processes, active processes, and more.

The Most Common Processes Mac Users Complain About 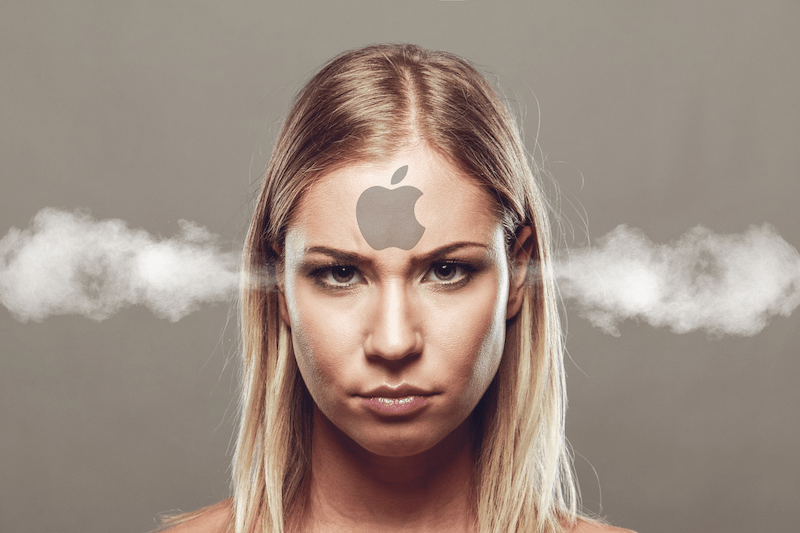 At the core of every search performed on a Mac is Spotlight. Whenever you search for a file, it is Spotlight that will locate it for you, because it indexes the contents of the computer. Think of situations such as migrating to a new Mac, after a complete system erase and new install, a major macOS upgrade, and the like. In these cases Spotlight will consume a lot of your computer's computing power. There are situations where it's not important to have a fully indexed Mac, and at these times it makes sense to disable Spotlight to save resources. 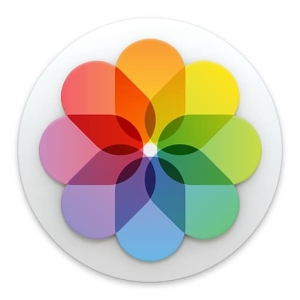 Indexing faces and objects was promoted by Apple as one of the key features of the Photos app and macOS Sierra. While in theory it is a nice feature, in actual fact it became a source of frustration because users couldn't understand why it took so long to index the photo library. Some users had huge photo libraries, others smaller, but the result was the same slow indexing process. According to Apple support, the ‘feature’ has a daily limit on the number of photos it is able to process.

That’s the photoanalysisd process, which sometimes launches and demands CPU resources. As a result, what you'll notice is a slow Mac that can become hot if the process takes too long to run.

What Processes to Kill With Activity Monitor

When you open Activity Monitor, a long list of items appears. When looking at the process names, the vast majority of them may sound like gibberish to you, and you'll be tempted to kill all of them. That won’t always be such a good idea, though, so it is important to ask yourself: ‘Which processes do I need to kill?’

Please note that there are some processes that shouldn’t be messed with, especially those run by the root user. If you are not certain what a process means, it is better to ask for help from someone who does or contact Apple support.