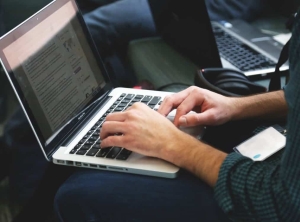 Whether you are concerned about your online privacy or just want to access sites and services blocked in your country – Netflix, Spotify and the like – a VPN (virtual private network) can solve your problem. A VPN service establishes a secure connection between your computer or mobile device and remote servers, and routes the data to the internet through it. This type of secure connection will hide your online activity from the eyes of your internet service provider (ISP), Wi-Fi hotspot provider or anyone else connected between the user and the VPN servers.

The VPN market is pretty crowded with both free and paid VPN services available, so don’t just jump on the first offer. It is also recommended to be careful with free services since they might install unwanted toolbars or third party apps. The best thing to do before choosing a VPN service is to read the terms and conditions and be aware of its limits.

VPN services aren’t designed to protect you from the government’s eyes, malware or cybercriminals targeting website vulnerabilities. Instead, they protect the most vulnerable piece of the puzzle between you to your destination. VPNs have been around for decades, and Apple has supported standard VPN methods since the very early versions of macOS, and has built in native support into iOS as well. VPN was originally designed to allow remote workers to securely connect to an enterprise’s network, regardless of their physical location.

Regardless of which type of Mac user you are, a VPN service is always welcome. Just consider the key advantages it offers: with such a connection it is possible to access websites and media without geo-location restrictions, as well as hide your online activity from the prying eyes of your ISP. As you may already know, when you connect to the internet your device is given an IP address. Your public IP address identifies your connected device, which in turn allows servers to collect relevant data about you such as your ISP, your organization, or the state, region, city and country you’re browsing from. That enables advertisers to serve up ads tailored to you and means service providers can set up a digital fence that prevents users in specific areas from accessing services with copyrighted content such as Netflix or Spotify.

Also, a VPN means it is possible to use public Wi-Fi safely – you’ve obviously heard plenty of horror stories about users being hacked while using public hotspots – since it shields your online activity from hackers looking for new victims.

A VPN service hides your real IP address, opening the door to services, websites and platforms that were previously blocked because of your physical location. Netflix, for example, has declared war on customers using VPNs, despite willingly accepting their credit cards.

Torrenting With a VPN

One of the reasons why users turn to VPN services is to download torrents anonymously. To understand why you should use a VPN for torrenting, it’s good to have an idea of how torrents work. As you may already know, torrents can only be downloaded by using a dedicated client such as BitTorrent or uTorrent. To download a movie, for example, you first need to download a torrent file, which you’ll then add to your torrent client. 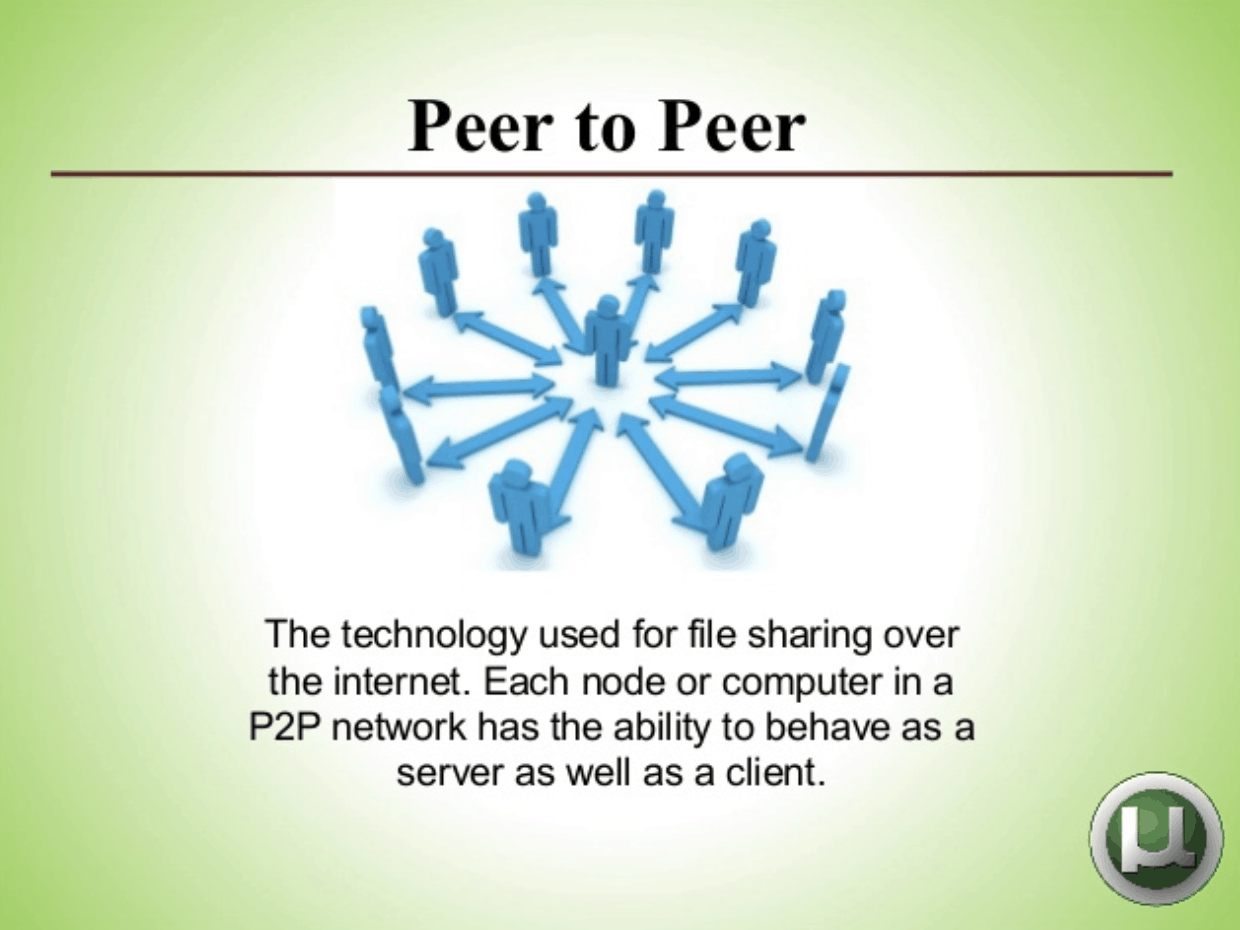 A torrent file is a computer file containing metadata about shared files and folders, as well as the network locations of trackers. These are computers that help participants in the system to find each other and form efficient distribution groups called swarms.

The torrent file doesn’t contain the actual content to be distributed, just information about those files such as their names, sizes, folder structure, and so forth. The BitTorrent protocol makes it easy for many people to access the same file by enabling peer-to-peer networking among people: it divides each file into pieces so that when a download request arrives, the computer requesting the file doesn’t have to access a central distribution hub but instead asks for the pieces located on multiple computers in the network, the swarm.

Although widely popular among internet users – as it gives free access to information – one weakness of this system is that every torrent peer can see your IP address and location. You can address this using a VPN service, which hides your IP address.

When using a VPN for torrenting purposes, it is better to use the L2TP or OpenVPN protocols and skip PPTP, because the latter offers little protection. Another important factor is server selection, as VPN services usually offer a wide variety of servers to choose from. If you want the best torrenting experience, then you should either select Switzerland, the Netherlands or Spain.

A good torrenting or streaming user experience is achieved only by using the best VPN service, so we have selected the top three for your consideration. All these suggestions are paid for services, but they are well worth the price to protect your privacy.

What makes IPVanish stand out from the crowd is that it owns the servers it routes your traffic through and its network includes more than 40,000 IPs on 850+ servers located in more than 60 countries.

IPVanish has apps for every major operating system, including macOS and iOS, with a simple, easy-to-understand user interface. A significant aspect in choosing your VPN service provider is its user log policy: the best ones don’t record user activity or connection data while using their apps, and IPVanish is among them. IPVanish doesn’t offer a free (trial) account, but you have seven days from the moment of purchase to decide whether you want to keep it or drop it with a refund of your money.

With more than 750 servers physically present in 141 countries, PureVPN is another VPN provider with a service optimized to run smoothly. PureVPN has servers in 180 locations across the globe, with the majority of servers (349) located in Europe. North America comes in second with 210 servers. This service provider offers a wide range of protocols to choose from, including OpenVPN, L2TP/IPSec, PPTP, SSTP and IKEv2, while also practicing a zero-log policy.

PureVPN has developed apps for every major operating system, Mac and iOS included, but it is also compatible with routers, gaming consoles, Boxee Box, Roku, Apple TV, Android TV and more. PureVPN has browser extensions for Chrome and Firefox and every purchase is backed by the company’s seven-day money back guarantee.

By selecting ExpressVPN, you’ll have access to more than 1,500 VPN servers in 145 worldwide locations in 94 countries to choose from. ExpressVPN allows you to browse the web privately by supporting four VPN protocols – OpenVPN, SSTP, L2TP/IPSec and PPTP – and its smart location feature automatically picks the best VPN server location for you. ExpressVPN has apps for both macOS and iOS, too. Type in your credentials and you’ll be able start browsing the web with a hidden IP address.

Just like IPVanish and PureVPN, ExpressVPN operates a zero-log policy, and includes a 30-day money back guarantee. It also supports a small list of routers, such as D-Link, Asus, Netduma, Sapai and TP-Link. If you want a VPN-compatible router, either order one from them or replace your router’s firmware with DD-WRT and Tomato. ExpressVPN also has Chrome and Firefox browser extensions.

There’s nothing wrong with not wanting to pay for a VPN, especially when there are plenty of free services available. Still, there’s that classic idiom you should keep in mind while using them: there is no such thing as a free lunch. If you are using any of the free VPN services, you become the product since these providers collect data about you and your activities. This data is then sold to third party vendors and/or advertisers. Or, the worst-case scenario, such services can open up backdoor access to your system for cybercriminals. You might have heard about Hola, an ultra-popular browser extension used by many to access services such as Hulu and Netflix.

Or, perhaps even worse than that, you might get scammed with a sneaky subscription using a ‘free’ app, such as paying $400 per month for a service that does nothing but just uses the oldest trick in the book to scare you and force you into coughing up the money. Just an example: a scam VPN app allowed onto the iOS App Store managed to earn $80,000 per month despite being full of grammatical errors.

The best way to select a VPN service for Mac is to make use of a free trial with a provider offering limited free accounts ahead of unlocking their premium paid VPN accounts so you can enjoy a service without paying. To help you out, we’ve picked two VPN companies for you.

You could start your VPN journey by choosing a free account with Hide.me. The three-tier pricing includes the Plus package, the popular Premium and the Free plan. The last option requires no credit card and you can use it forever, although limitations apply when compared to the paid versions. The free account gives you access to three locations compared to the more than 30 that come with the Premium plan. Bandwidth limitations also apply – the company calls it “best effort” bandwidth – and your traffic is limited to just 2GB, coupled with limited protocol support. The free account allows only one connection at a time and no port forwarding, this latter feature being restricted to the Premium plan.

When choosing between free accounts, the limitation imposed by the service providers will be the main influencing factor. Windscribe gives free users server locations in eight countries and a bandwidth capacity of 10GB per month. Otherwise, the limited port support policy applies to this service as well as it doesn’t support the popular OpenVPN configuration, but still gives access to adblock services, P2P connections and a firewall, just like its paid version. If you choose the pro version (monthly or yearly billing is available), your limitations are lifted: no longer will you be limited to one device only, and the number of locations quickly jumps to 46, coupled with OpenVPN configs.

For advanced (or those struggling to fill their free time) users, there is another option to consider: open source VPN clients. Available for all major desktop operating systems, macOS included, open source VPN clients can use a VPN service provider’s standard OpenVPN configuration files to connect using that protocol.

However, the setup process of an open source VPN client such as Tunnelblick, OpenVPN or freelan is more complicated and time consuming compared to a custom VPN client such as IPVanish or SaferVPN. With the latter two VPN clients, you need only to download their Mac app and enter your credentials and you are good to go.

But there are other things to consider when choosing between an open source and bespoke VPN client. While open source clients generally work very well, they don’t include the handy features offered by paid service providers. For example, the convenience of having the necessary configuration files built into the Mac app is complemented by features such as a VPN kill switch to ensure full protection while connected to the internet, DNS leak protection or port forwarding.

Does it matter? Since you are putting all your trust into the hands of a VPN service provider, a third party that will handle all your traffic, it is important to use a provider that you can trust and that doesn’t keep logs of your activity.