Windows users may be familiar with the classic Ctrl + Alt + Del key combination used as a final method to terminate unresponsive apps. Although macOS High Sierra and its predecessors are very stable operating systems, sometimes even Mac owners experience situations where apps become unresponsive or stop working altogether, giving you no other option but to force-close them.

Users don't need to quit an app once they have finished working with it. Good memory management features – such as compressed memory, virtual memory, or app nap – help Macs to run fast and save power even with multiple apps open.

Still, it is best to quit an app once you're done with any tasks it was being used for. If you've recently switched from Windows, you might find it a bit odd that closing an app’s window doesn't fully close the app. Instead you’ll need to click on its name in the menu bar while the app is active and choose “Quit”, or just press the Command + Q keys. 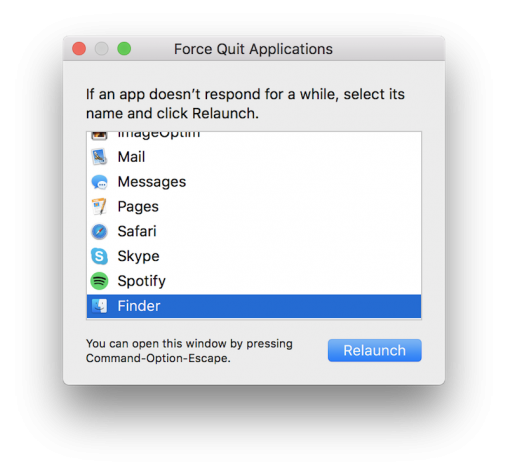 Sometimes apps you've been using may become unresponsive. If this happens only once then it's not too much of a problem, but if it occurs on a regular basis then this is a clear signal that you need to check your system status, run a Mac optimization app, and use some of its scripts to repair permissions and restore order to your macOS universe. If that doesn't help, you may need a more extreme fix – after backing up using Time Machine – with a clean install of macOS.

What Does Force Quit Do?

When a simple Command + Q cannot quit an app, you can always use Force Quit to terminate its processes. This can be done in a number of ways:

So what is it that makes the application surrender and give up its space for others? When you hit the Force Quit button, the process ID of the problematic app receives a SIGTERM signal from ‘loginwindow’. This notice triggers different things from the process receiving it:

Depending on the app configuration, applications might clean up their resources and stop, or not. If a process supports sudden termination, loginwindow will send the SIGKILL signal. This cannot be ignored by the process, and so this will stop it without the opportunity to catch the signal and act on it.

So there you have it: use Force Quit only if you don't have any other way of terminating the app. It won't do any harm, but you'll certainly lose any unsaved information because it doesn't allow the process to shut down under its normal circumstances.