Be it a mechanical drive or flash storage, it's not a question of if but when your computer's internal storage disk will die. While Backblaze's real-life tests put the average lifespan of an HDD between four and five years, there is a ‘myth’ surrounding SSDs that says they will last up to 100 years. From this perspective it's still better to write that data on stone tablets because they can last up to 13,000 years.

So, does this mean that if you buy the latest and highest-capacity SSD for a 2012-2017 iMac for $729.75 it will serve you for a lifetime? Theoretically yes, but we all know that in real-life things are often very different than theories, so the time for an SSD replacement could certainly arrive sooner than your grandparenthood. But how can you tell if the SSD is about to fail? And what's the typical lifespan of a solid-state drive?

The Difference Between SSD and HDD Endurance

There is one notable difference between SSDs and HDDs in terms of their longevity. The lifespan of an SSD – measured in write endurance – can be accurately estimated, as opposed to the mechanical wear of an HDD, which is almost impossible to predict. Still, manufacturers are able to give an estimate when releasing a product, and the same goes for SSDs. 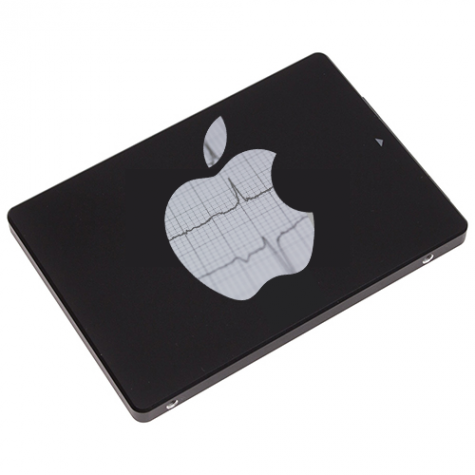 While measuring SSD endurance, manufacturers usually highlight any of the following metrics:

Every SSD comes with fixed values that also contribute to this equation: the drive's storage capacity and P/E cycles. We should add, though, that the SSD's endurance depends on different aspects, and the workload is the ultimate factor in this regard. Just think about the differences between how much data a text editor might move around and that of video editing software: by only containing text, MS Word files are light, whereas the raw footage that a video editor needs to work with will start with at least a few hundred megabytes.

All SSDs use a Media Wearout Level Indicator to inform the system about the wear level and to signal the stage that they are at. The Wear Level Indicator is due to the nature of SSDs since solid-state drives don't include any moving parts but instead flash memory, which is rated to function up to a predetermined number of erase cycles.

Just like HDDs, SSDs include a self-monitoring system called S.M.A.R.T. Intel defines E9 or (233) as the Media Wearout Indicator for monitoring the media wear out level of an SSD manufactured by the company. The indicator reports a normalized value of 100 (for a brand new SSD) and then decreases to 1. Samsung uses what it called the Magician DC, while Western Digital calls it Dashboard, and so on.

All these utilities serve one main purpose, to keep an eye of the wear level of the SSD and inform the user in time so they can save the data before the disk fails. And as TechReport's monstrous 18-month SSD Endurance test shows, the disks can fail without warning. Still, surpassing 2.4PB (yeah, that's petabytes) of data is an amazing performance for Samsung's 840 Pro line of SSDs.

What the endurance test has shown is that the lifespans listed by manufacturers are pretty conservative, as SSDs will support more TBW than originally estimated. However, the workload is the key factor here. For example, in the endurance test the Evo 840 and HyperX 3K reached two petabytes of writes in lab tests. Just to put that data into perspective, an average user will log only a few terabytes of writes in a couple of years, so that could easily signal a very long lifespan.

Even so, we are still in the early days of the SSDs, so don't bet on lifelong endurance for that flash disk when you hit the checkout.