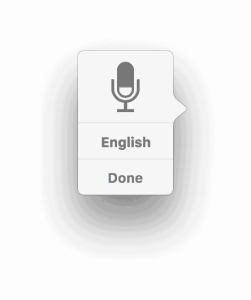 Those who have used Dictation on a Mac will already have experienced how neat it is to have a virtual assistant that does the hard work of transcribing speech into a text document. Apple’s Enhanced Dictation is an accurate and privacy-aware speech recognition tool, but it comes at a cost: storage. And not just a small amount, either: we are talking about gigabytes of space occupied by language files that you may not need.

Dictation, a macOS feature that converts the user’s spoken words into text, was introduced with OS X 10.8 Mountain Lion in 2012. It is a system-wide voice input tool but for it to work users need an active internet connection because the speech recognition process is all done on Apple’s servers. The same applies when users ask Siri a question or dictate using the built-in voice-controlled assistant: the dictation is recorded and sent to Apple for the request to be processed. This is why the default Dictation feature doesn’t need a huge amount of storage space on the Mac, all the processing happens remotely on Apple’s servers instead of locally.

Available in OS X Mavericks 10.9 or later, Enhanced Dictation brings a major change into the process. With Enhanced Dictation, users can dictate continuously without the need for an active internet connection and the text will appear much more quickly in the document than with the regular Dictation feature. Why? Because Apple has moved the speech recognition process onto the Mac and so now everything is done locally on your machine. 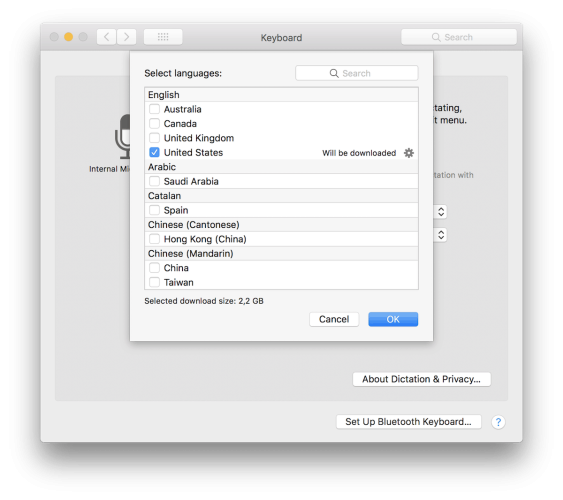 Local processing, however, requires space on the disk to store the software resources required for an accurate and fast conversion of voice into text. To activate this handy feature, first-time users must activate Enhanced Dictation and choose the languages that they wish to use it with, at which point macOS will download additional software to enable the offline dictation.

The amount of free space required to download this software varies by language. For example, those who opt for the U.S. English language have two options: the standard or full package. The standard one is 1.2GB in size while the full package requires 2.2GB of free space. If you simply selected this option, downloaded it but never used it, then that’s frankly a waste of precious space. 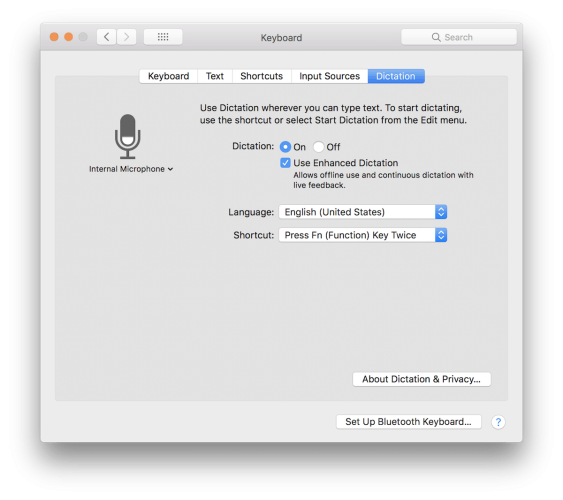 If you like Enhanced Dictation – it is the best free voice recognition software available on the market right now and we use it quite often – it makes sense to keep those downloaded files since you may want to use it again. If not (or you forgot all about it), then you might as well remove the language packs and regain some free space.

How to Remove the Enhanced Dictation Language Package 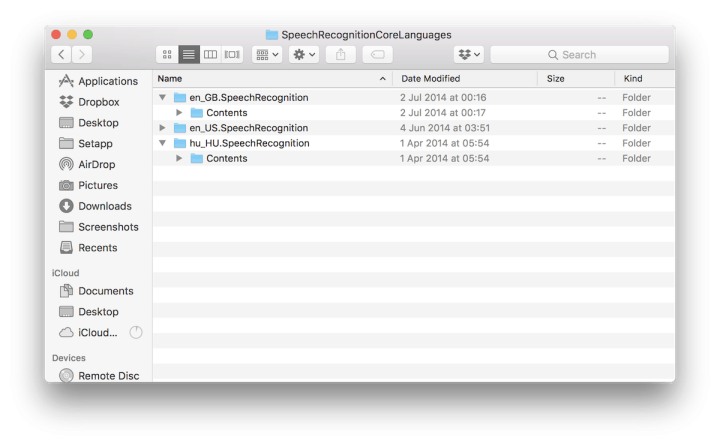 As a reminder, you can still use voice to dictate text to your Mac via the online-enabled Dictation feature. The catch is that since it won’t work offline it won’t be as fast as Enhanced Dictation and won’t be as accurate. But you’ll have additional gigabytes of free space to fill up with photos, videos, and other software.