One of the things you'll love about your Mac – especially if you have recently switched from Windows – is Time Machine, the built-in backup feature. To use it you’ll need an external storage solution such as an external hard drive (or SSD) connected via the USB, Thunderbolt or FireWire port on your Mac, the Time Capsule or macOS server on your network, or the external hard drive connected to the AirPort Extreme base stations on your network. It is recommended that you back up before every major action, but as you start using the feature you'll see that you don't really need to back up your Mac on a daily basis. But that, of course, varies by user.

Time Machine has its own scripts for housekeeping, but sometimes (such as when you see the “Time Machine could not complete the backup” error message) you may need to intervene to clean up space on your Time Machine drive. Space can always be saved on your backup if you delete junk, cache and temporary files before you back up the computer. That's particularly true if you haven't set up any exceptions in Time Machine preferences, and everything is saved, even applications. 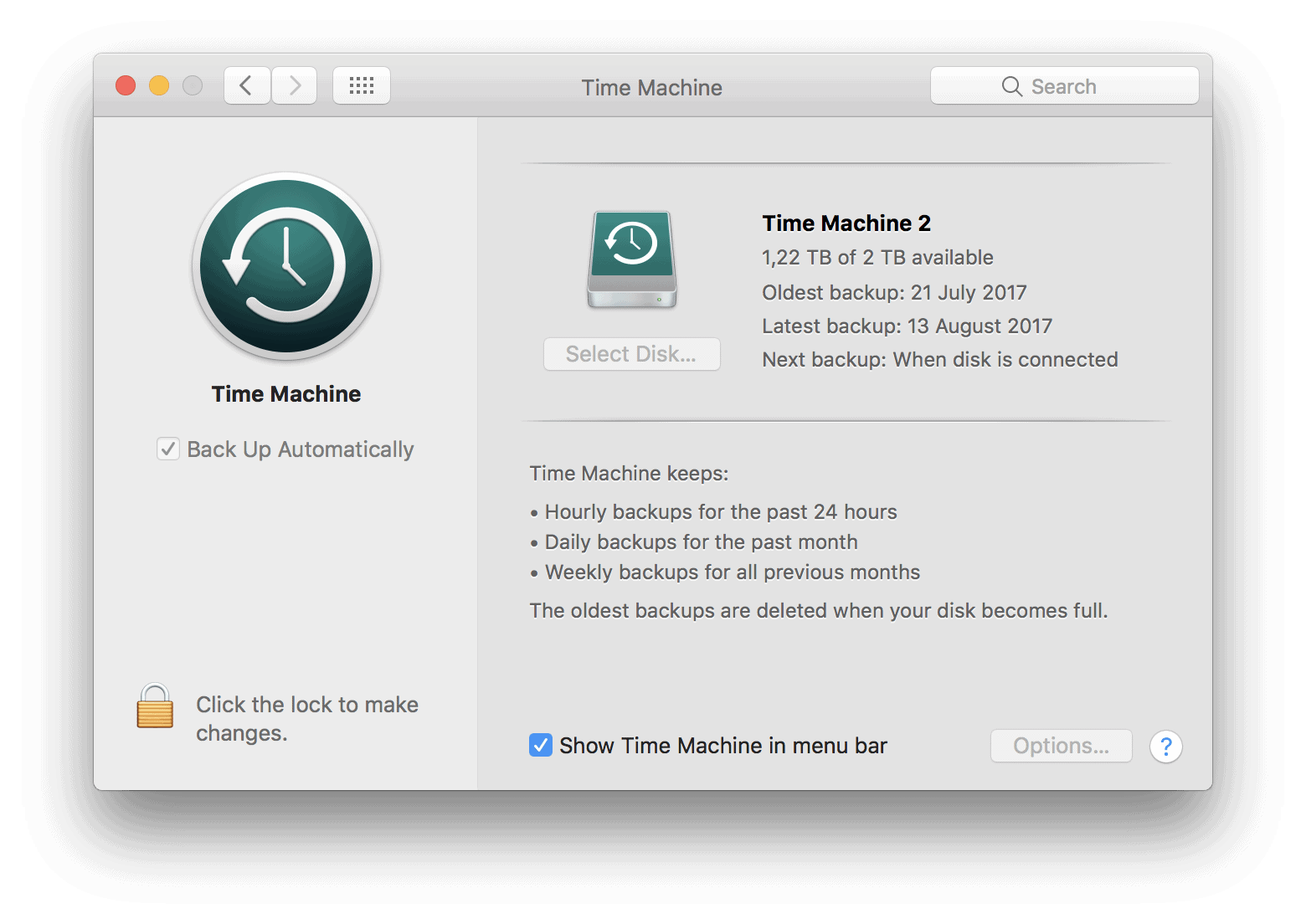 Since every external storage device has its own physical limits, if you are going to keep that drive in the long run then it's good to optimize your backups so that they occupy less space. For that it is possible to compress Time Machine backups, but before you start deleting and compressing backups you need to understand how Time Machine works.

Time Machine uses File System Event Store, a hidden log macOS keeps of changes made to the data on each HFS+ formatted drive or partition. But this won't list every file that has changed; instead, it will list the directories affected. Time Machine uses this log to find out what's changed and what needs to be backed up.

If you are backing up your Mac over a network (be it wired or wireless), you'll find the Backups.backupdb folder inside a container called a “sparse bundle disk image”. While it works just as well as the local backup version, an extra step is needed to actually recoup the space gained by deleting earlier backups due to its format. Unlike a normal folder or disk image, when you delete a file in a sparse bundle, it won't change the container size. To recoup the space, run the following command in Terminal (replacing the ‘Yourbackup’ entry with the necessary backup name):

What you’ll then see is:

Old backups can be removed in many ways, but here is the simplest.

Time Machine will prompt for the admin password and then delete the required file.
That's a bit clumsy if you want to delete multiple backups, so here's a Terminal command for this, which is very useful when deleting old backups:

Or, if you want to remove a backup from a specific date:

If you don't mind speaking with your Mac via Terminal commands, then it’s even possible to automate the removal of old Time Machine backups by running the following batch script. Note that this will find the oldest and newest backups and display a prompt to delete the oldest, which then requires you to enter “Y” and the admin password to finish.