When it comes to choosing important software, reputation plays a big role in shaping a user’s decision. Here we have two Mac optimization services with very different kinds of notoriety. Every Windows user that hears the name Avast immediately thinks of internet security, like Avast Free Antivirus. Cleanup Pro is the company’s foray into Mac optimization, but can the company make that same impact on macOS users? Meanwhile, MacKeeper doesn’t have such a great reputation. The company previously used aggressive marketing tactics that have left a sour taste. However, those tactics are a thing of the past and now the software has only gotten better and better. Do these two Mac optimizers live up to their respective reputations? Or do they have a surprise in store?

A famous name that is more often associated with Windows users, Avast launched Cleanup Pro in 2017 as the company expanded its horizons. All the features you expect to find in a good Mac optimizer are there, with disk cleaner, duplicate finder, and junk files removal. The junk removal gets rid of caches, crash reports, logs, and much more – including old forgotten downloaded files. Perhaps the best feature of Cleanup Pro is the photo cleaner tool that not only searches for similar photos but will be able to find poorly shot, blurry, or badly exposed photos. This means you can streamline your family photo albums and save a large amount of space on your Mac. 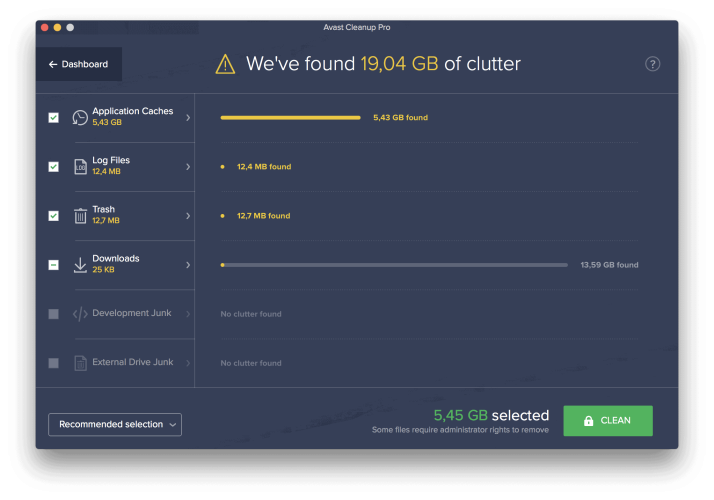 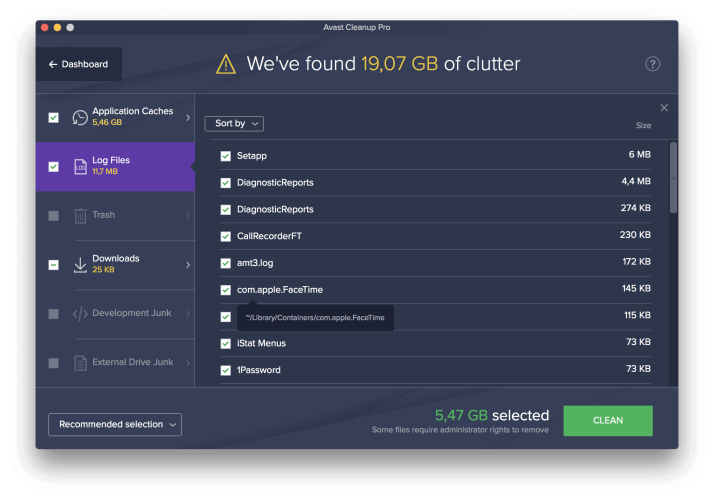 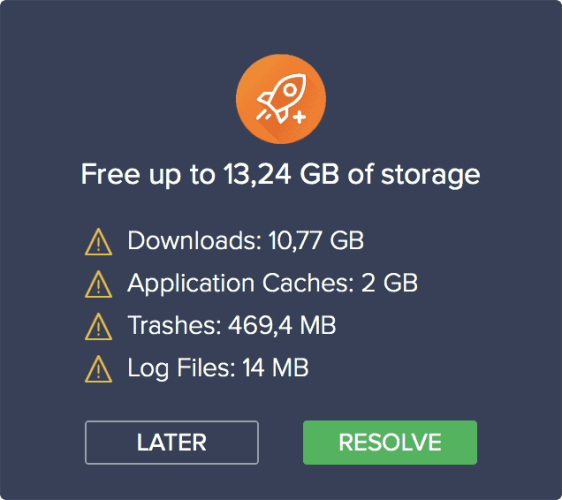 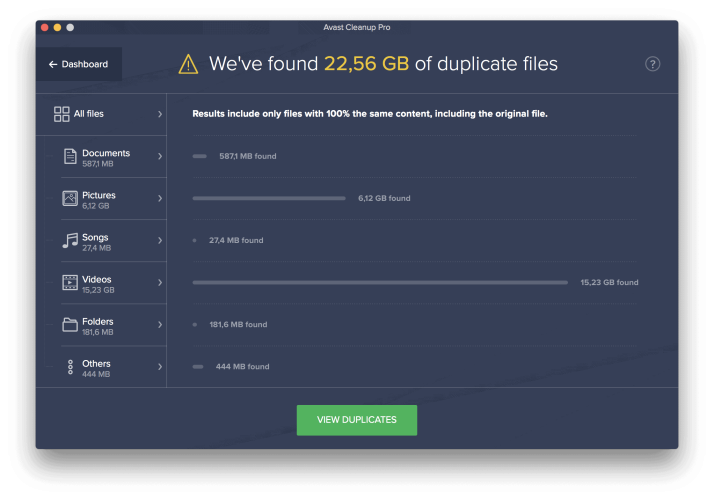 Avast Cleanup Pro can be downloaded for free. However, to use the cleaning features you’ll need to buy an annual subscription. Although subscription prices are higher than average, there are frequent prices drops throughout the year to take advantage of. All purchases come with a 30-day money-back guarantee so you can thoroughly test out the service first.

Since its launch in 2010, MacKeeper has earned a bad reputation for its old policy of aggressive online marketing. That’s now long gone and the company has decided to change its image by refocusing on the most important thing: the software. MacKeeper has all the standard cleaning features, like duplicate and junk file removal, but the service goes one step further. MacKeeper pairs you with your own technical advisor who will help guide you through the whole process step by step. On top of that, MacKeeper comes with a large number of extra features for free. MacKeeper provides a free antivirus, anti-theft tracking, browser application, and VPN. The VPN in particular is impressive for a free extra, as it offers reliable servers from all around the world. 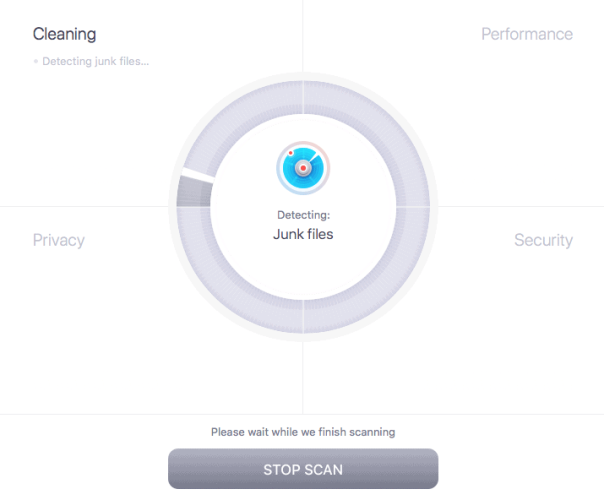 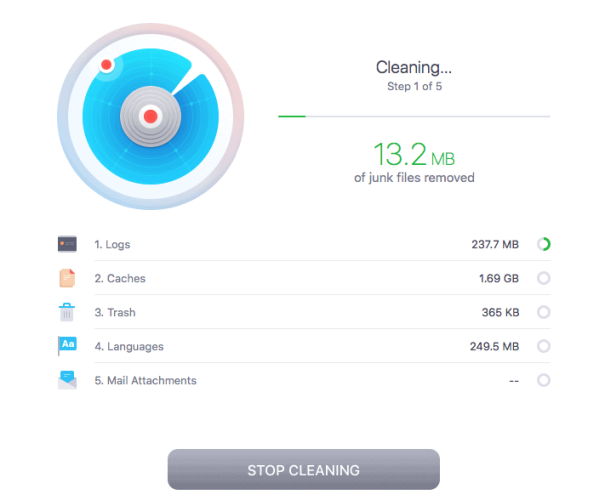 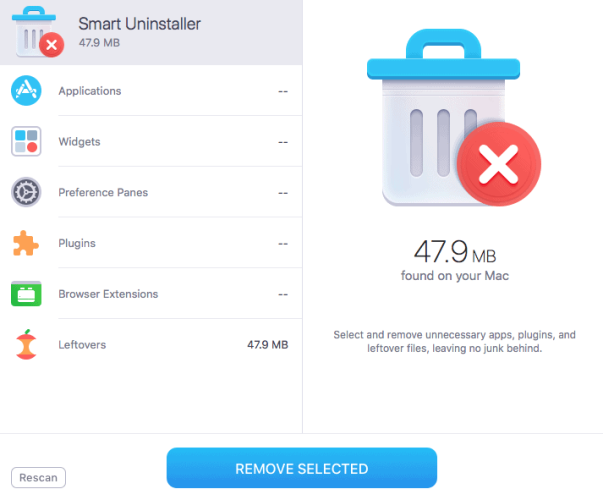 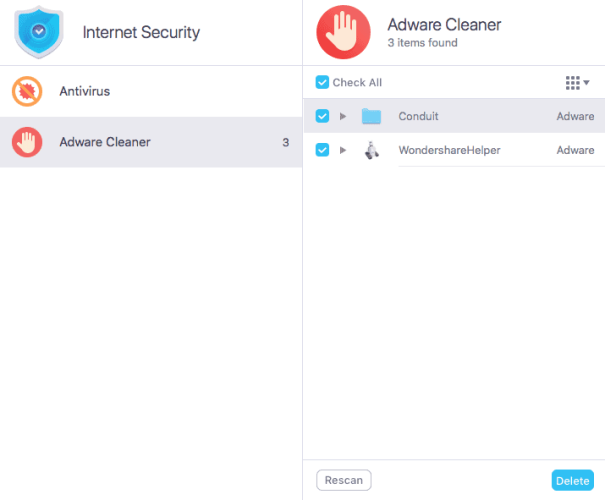 Much like Avast Cleanup Pro, with MacKeeper you can download the software for free to perform an initial scan but for a full cleanup you’ll have to subscribe. MacKeeper is available through a subscription paid either every month, six months, or year – with discounts for the longer payment plans. MacKeeper also comes with a 30-day money-back guarantee, so there’s no risk in subscribing.

Of the two Mac optimizers, Avast Cleanup Pro certainly has the greater pedigree. But while it offers solid optimization performance, it doesn’t have a great number of features like its rival . On the other hand, and despite the naysayers, MacKeeper has the better overall package. The additional MacKeeper features mean that not only will your Mac be faster, but it will also be safer thanks to the added antivirus, VPN, and other security functions. However, if you have no use for these extras, then you can save money by going for the cheaper Avast Cleanup Pro. Regardless of which software you choose, after clearing junk files with either optimizer, your Mac will be running better than ever.